Menorrhagia: It’s Affect on Women’s Health and Quality of Life

Menstruation is the normal shedding of the uterine lining that occurs on a regular basis during the female reproductive life (from puberty until menopause).

What Is Normal Menstruation?

Menorrhagia is an abnormally heavy and prolonged menstrual period with excessive menstrual bleeding that lasts longer than 7 days. The amount of blood lost during menorrhagia exceeds 80 ml which may be caused by hormonal imbalance, abnormal blood clotting, disorders of the uterus lining (endometrium), etc.

Every woman once in herlife has experienced menorrhagia, even though it is more common in young girls and before menopause. However, menorrhagia can occur in any period of a woman’s life.

It is hard to measure the amount of blood that is lost with menstruation. However, if the blood loss exceeds 80 ml, if the bleeding has large clots, if the pads are changed every hour, or if a female must change her pad at night, such menstruation is considered menorrhagia. With menorrhagia the amount of the lost blood is greater than the body’s iron reserves, which eventually leads to anemia.

The most common cause of menorrhagia is hormonal imbalance and uterine myoma.

Hormonal imbalance as the main cause of menorrhagia is usually seen during the beginning and the end of the reproductive life of a female. Normally the balance between estrogen and progesterone allows the growth of the endometrium (the uterine lining that sheds every month with menstruations). If the endometrium is thicker the bleeding with be heavier.

Myoma is a benign uterine tumor that is relatively frequent, causing prolonged and abundant menstrual bleeding.

Stress is also one of the things that can cause menorrhagia. It is known that stress causes hormonal imbalance, resulting in overproduction of either estrogen or progesterone.

Perimenopause is known to be one of the times during the female reproductive life where menorrhagia is a common thing for many women. In the perimenopause the levels of estrogen are higher, while the levels of progesterone are lower, due to ovulation being less consistent.

Signs and Symptoms of Menorrhagia

Signs and symptoms of menorrhagia include:

Menorrhagia leads to anemia, caused by insufficient iron in the body. Signs and symptoms of anemia will depend from the amount of blood lost and from the levels of Hemoglobine and Erythrocytes in the blood. These signs and symptoms vary, but they usually include: weakness, fatigue, headache, ringing in the ears, rapid pulse, decrease the resistance of the organism, etc. 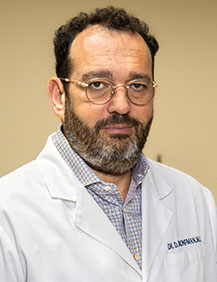